ARTPOLE.LU. It was the weirdest version of our festival. What is LU? It took place near LUhansk. LU sounds like “LUbov” (“love” in Ukrainian). We conducted the festival in early May 2014, when the occupation of Luhansk by Russia started, and love was the only thing that supported and protected.

The place where the festival was held is unique for this region. Mścichowski’s estate near Alchevsk built in a style of an Italian villa was absolutely astonishing, bizarre, shrouded in mysterious stories and an old garden. The history of the mansion had begun in 1905 when a Polish businessman Kazymyr (Kazimierz) Mścichowski had invited Russian architect Sergei Ginger who later became prominent as the author of many famous neoclassical buildings in St. Petersburg. In Soviet times, the building was used as a recreation center, a women’s prison, and a drug dispensary. Then there was gradual destruction and devastation. But once caring people who wanted to fill this space with new senses came. It turned out that the building was still functional and it was really stunning, the stucco in the ballroom was preserved as well as its winter garden, parquet, and the fireplace decorated with Turkish tiles and oaktree. The most important thing was huge windows and lots of sunlight. We imagined that seminars, concerts, performances would take place here, and the restored estate would become a unique object of cultural tourism. 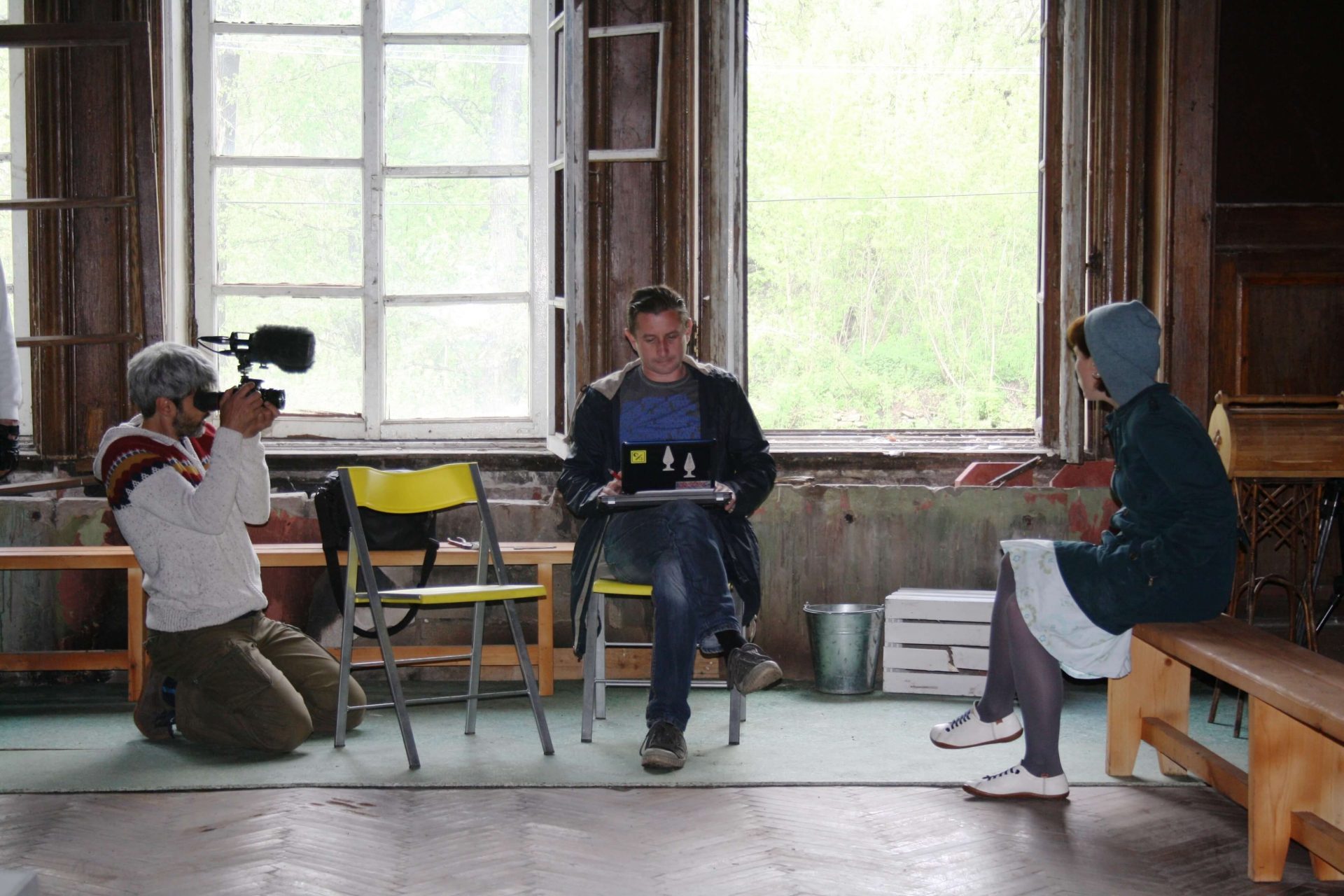 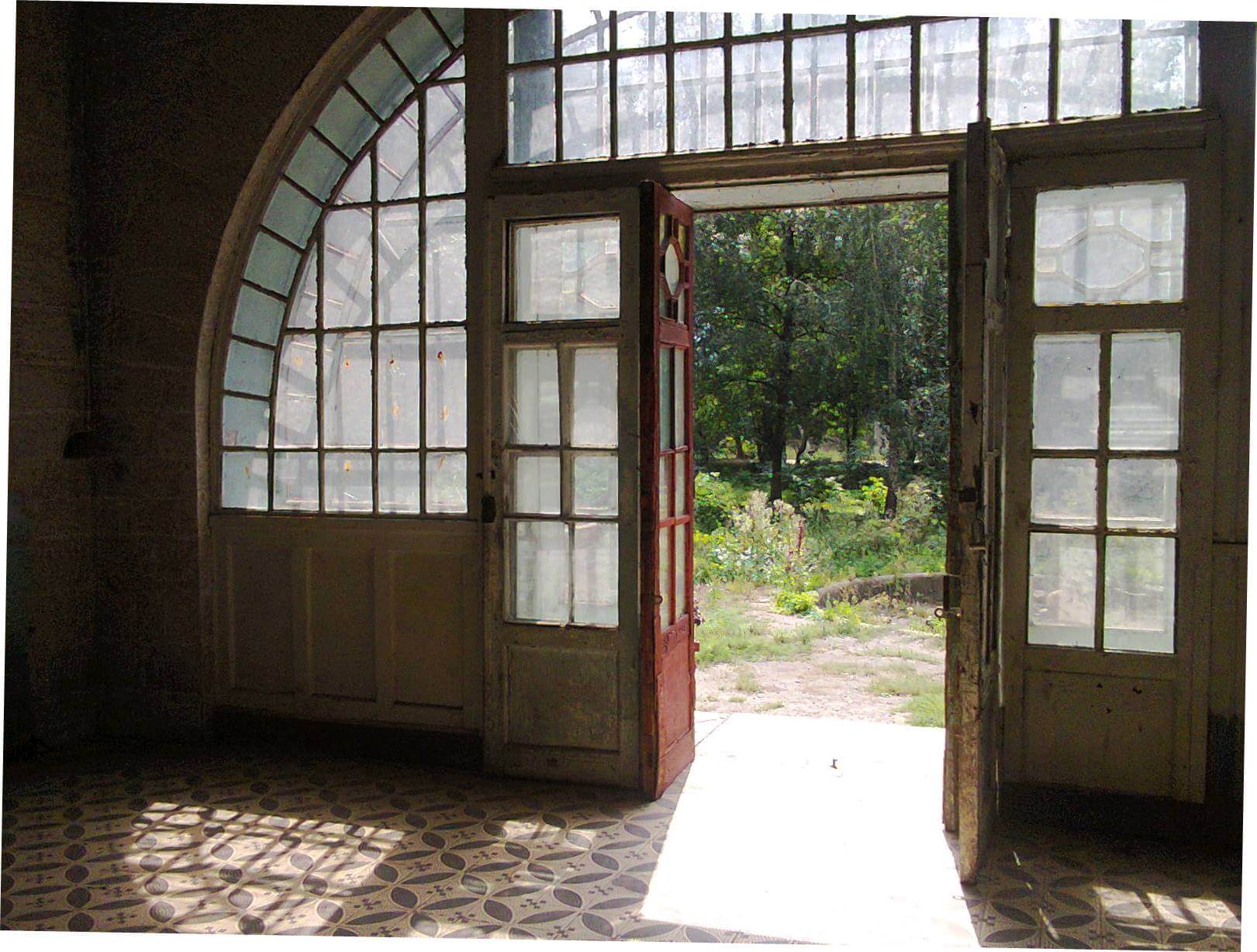 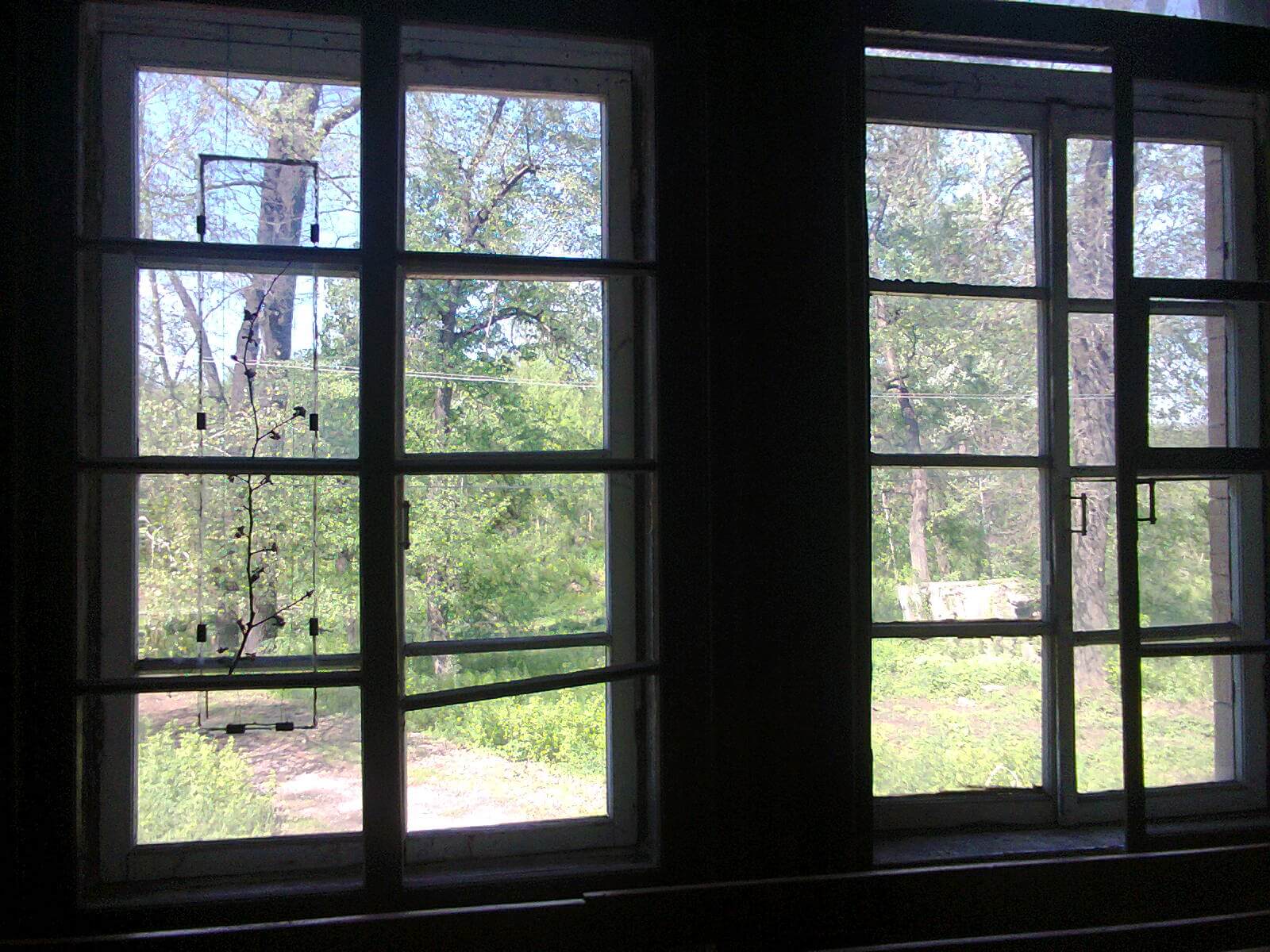 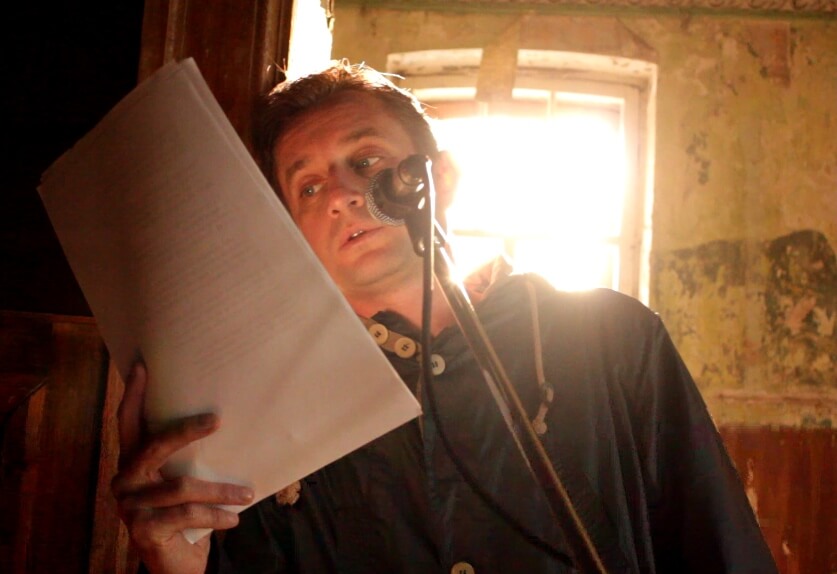 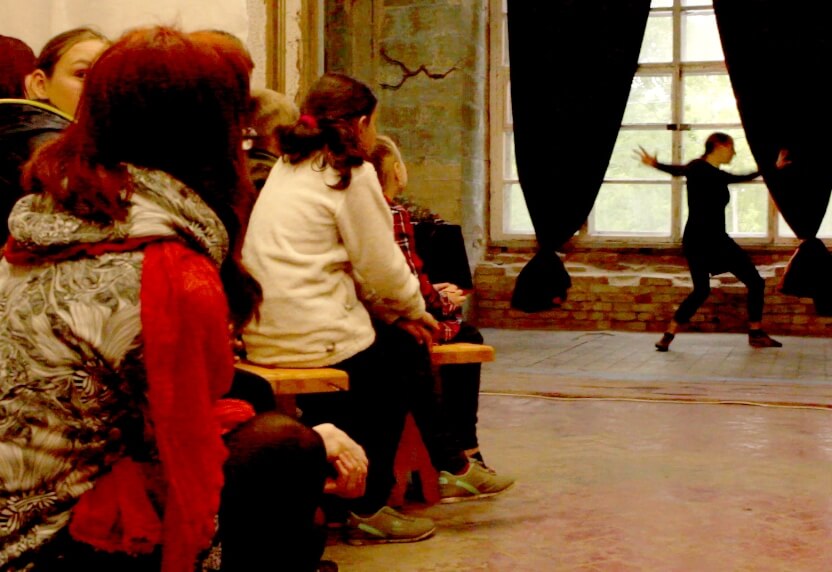 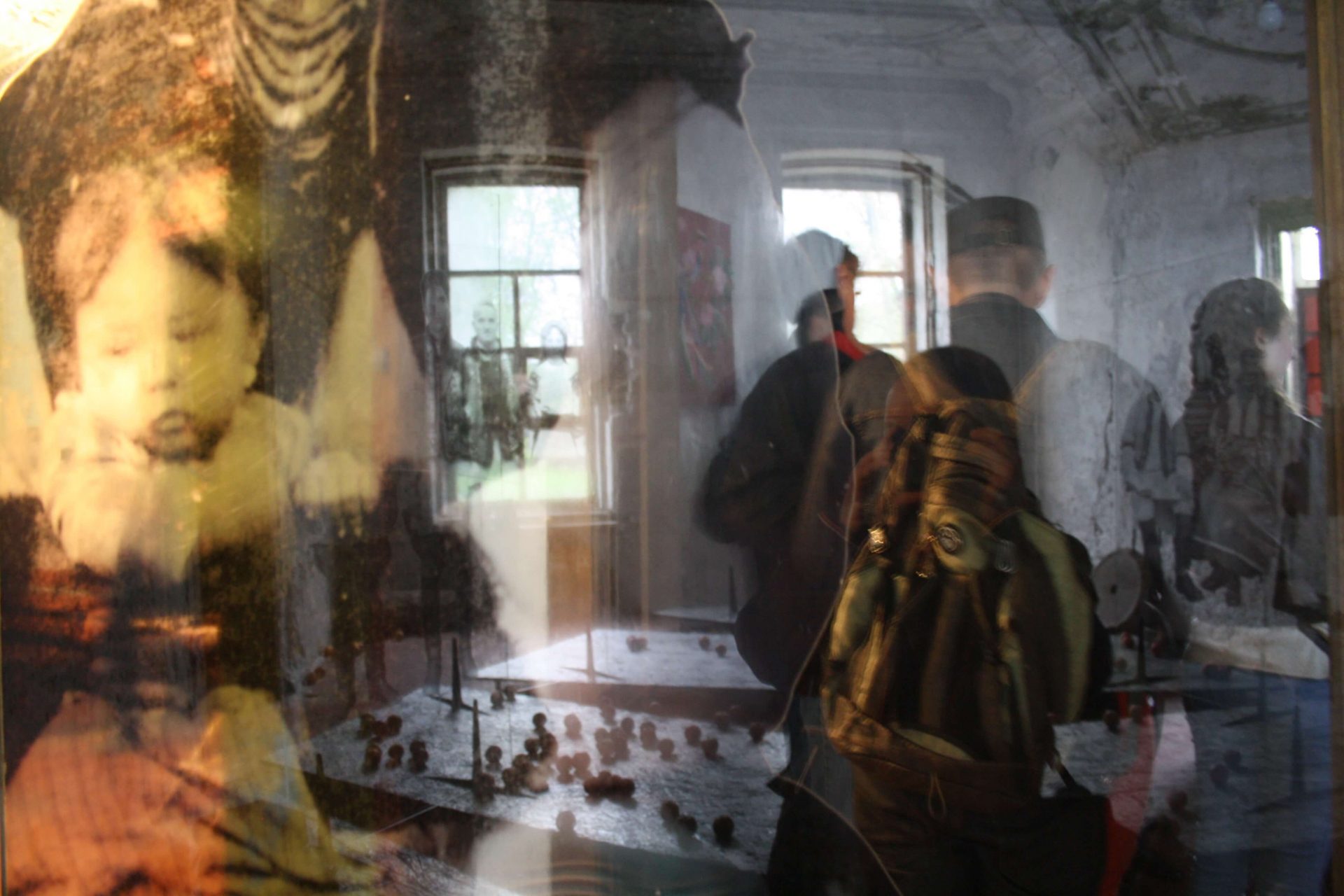 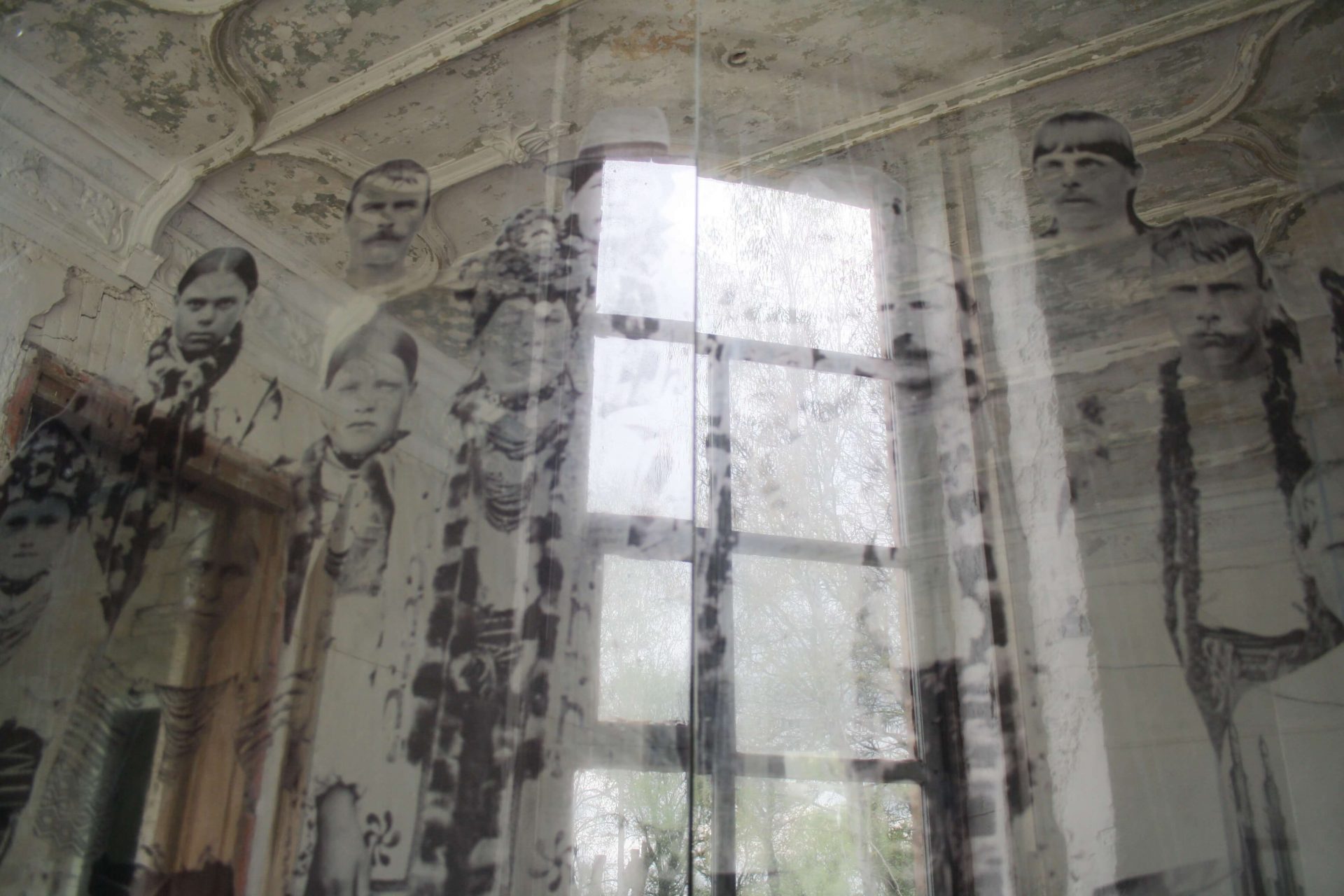 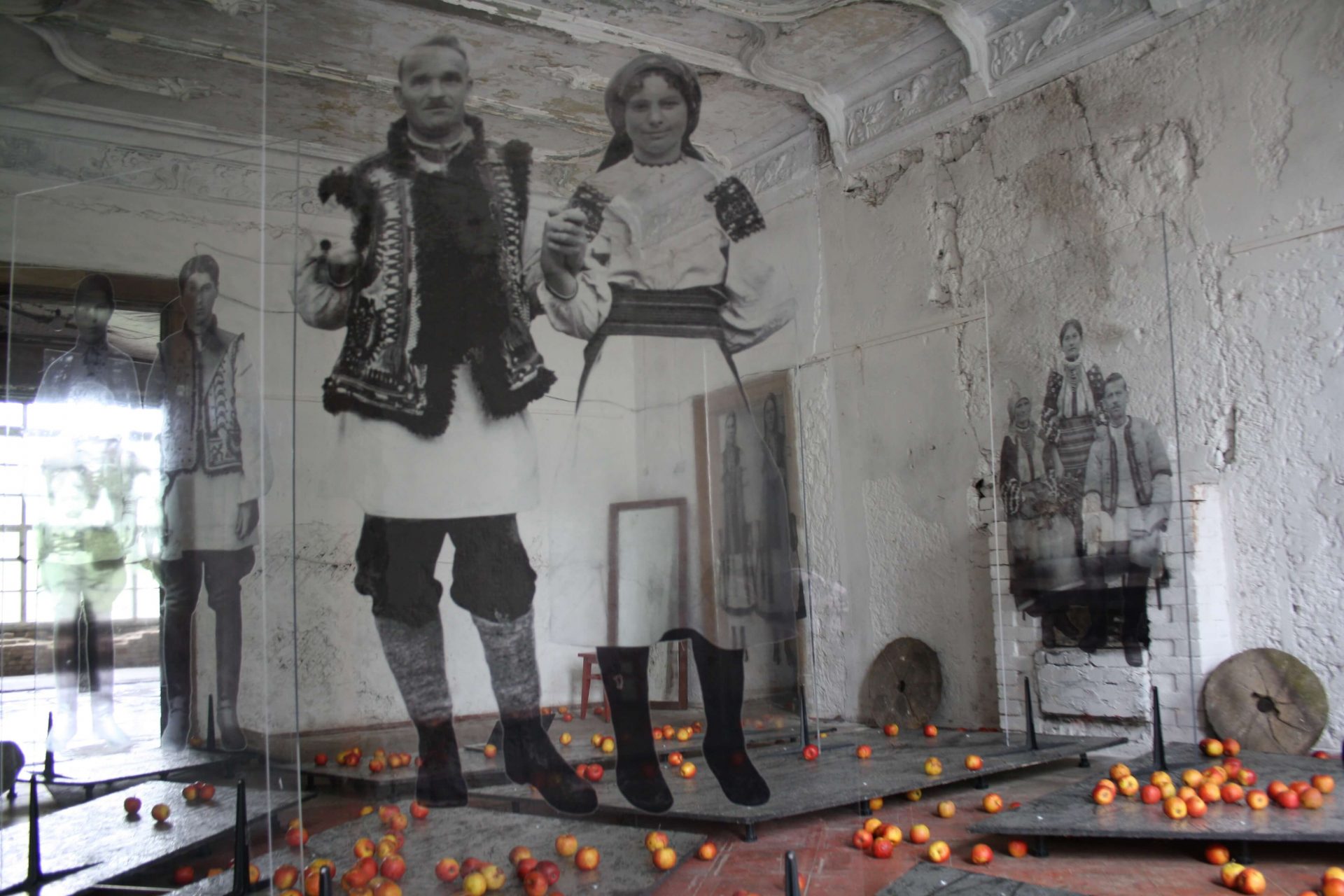 The starting point, around which the program of events was built, was the idea to create for that space a special version of the project “rozdIlovI” which combines modern Ukrainian poetry, music, and contemporary dance. There was a kind of residence in the mansion, rehearsals took place day by day. The results of this interaction lab were scheduled for May 2 and 8, 2014.

“If we are not satisfied with the reality we should create our own,” — the project participants tried to keep calm. The rehearsals took place in an increasingly disturbing atmosphere, and Mścichowski’s mansion became a true island of music and silence in the sea of events that were becoming more and more tumultuous and aggressive.

In addition to the “rozdIlovI”, ARTPOLE.LU suggested walking in the garden, viewing installations, and creating jointly landart objects and heliography. In the living room with white walls and big windows Olena Kostiuk, an artist from Lviv, has installed black and white photo portraits of Ukrainians on large glass surfaces. Her work was called “Mirror. Endpoint”. These portraits were already installed in the central square of Wroclaw (Poland), in ArtPole-festival in Unizh (Ivano-Frankivsk Oblast, Ukraine) and near the “Mystetsky Arsenal” (Kyiv) where they were sinking in the sky and reflecting in the water with the church domes. ‘We have a beautiful country. I loved it more and more,’ said the author after having visited the eastern part for the first time in her life, communicating with people and seeing the local rural architecture. 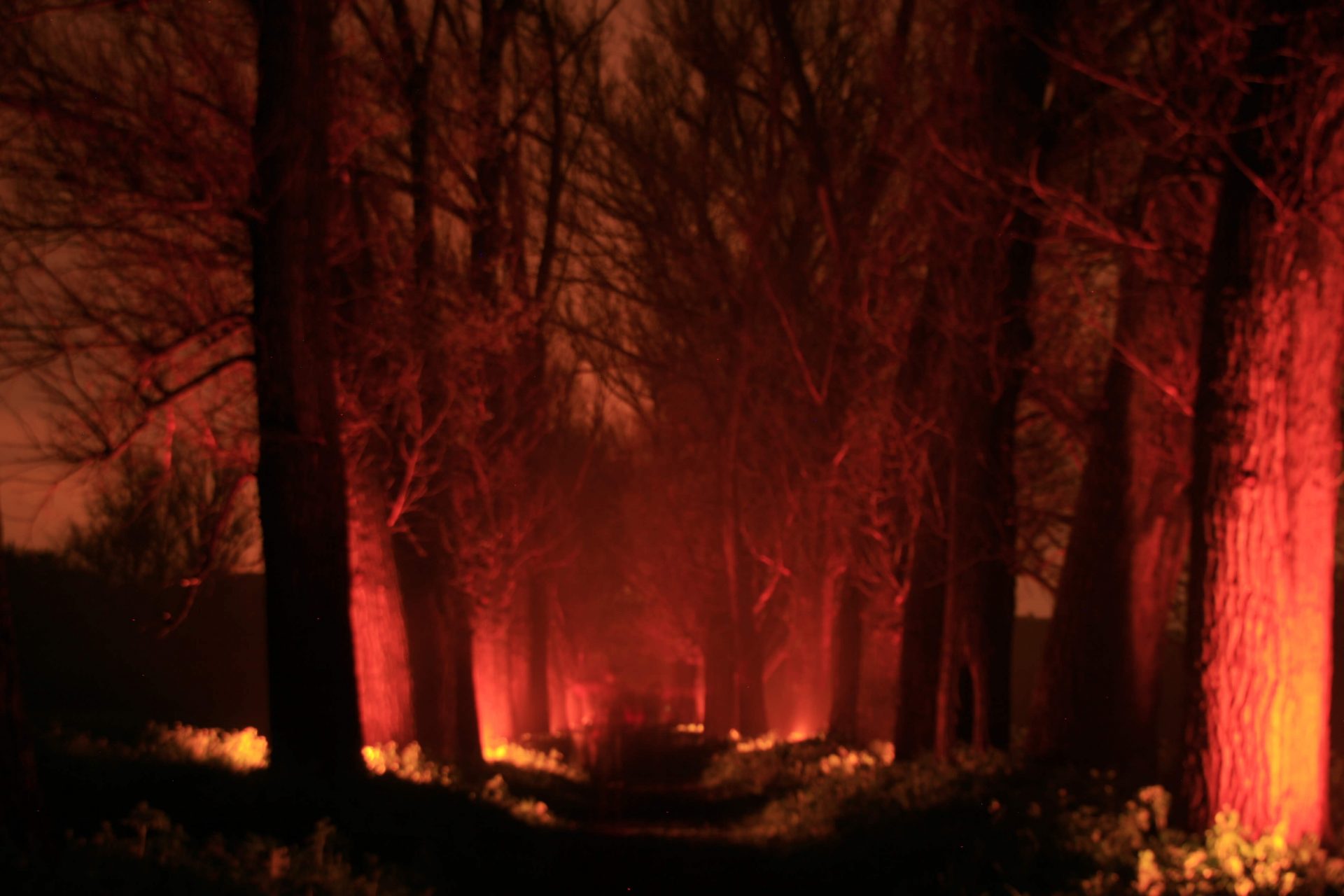 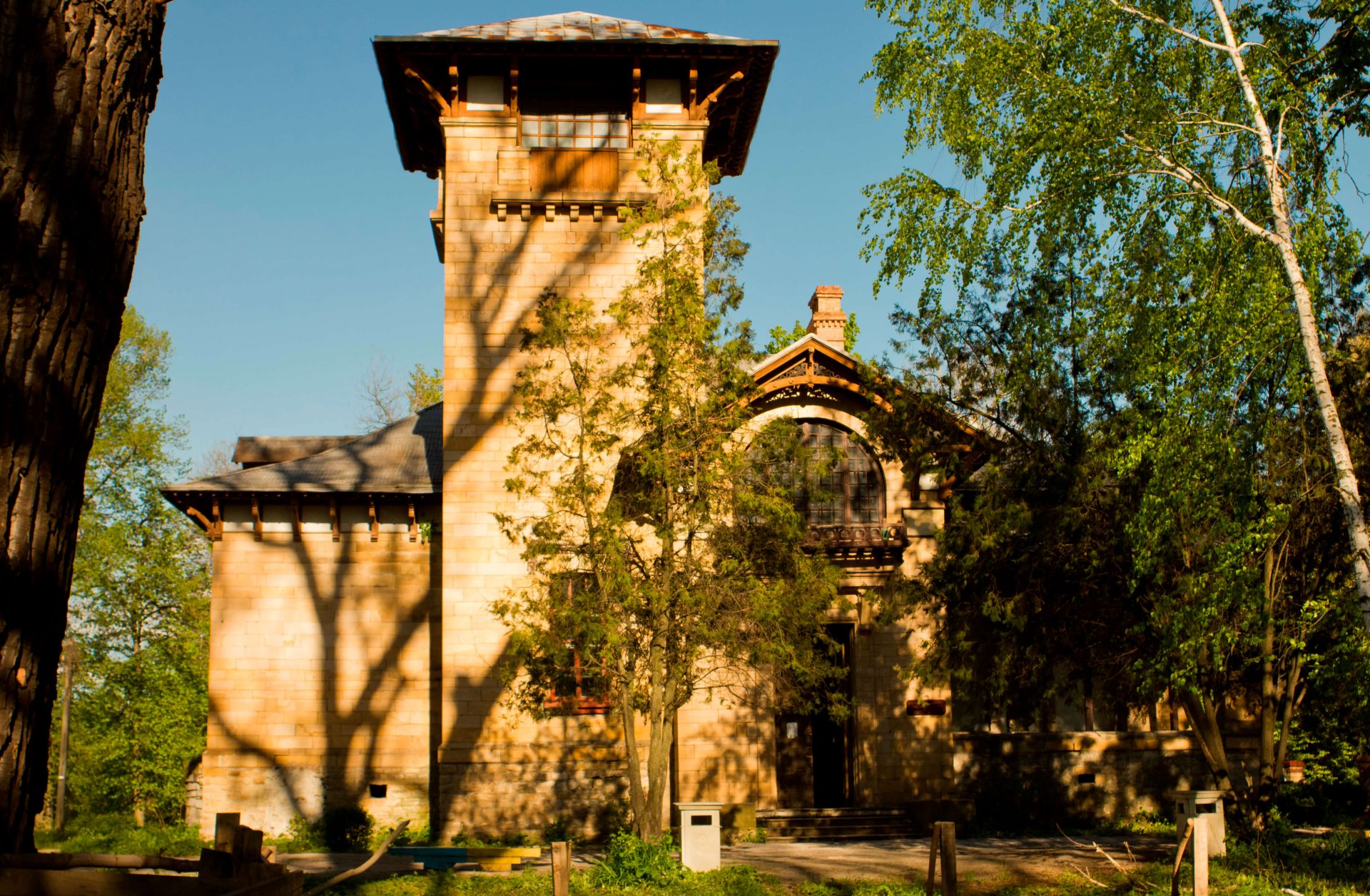 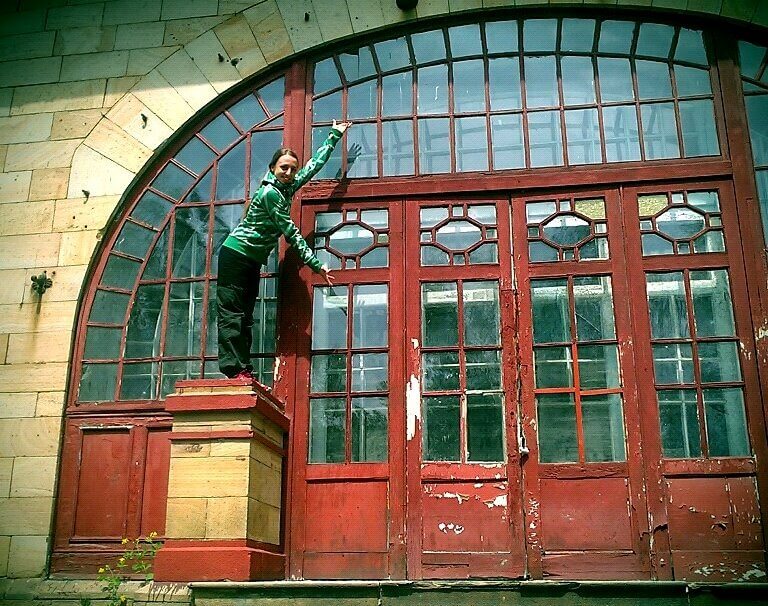 In the garden, artists Vitalii Kohan and Volodymyr Bakhtov, each in their own way, reconstructed mystical alleys using a fire. A long fiery corridor by Bakhtov’s “Portal” was created when the armed conflict has just started and thus became a powerful metaphor.

There was another important object — the Butterfly Constellation. Inspired by stories about the mansion, Olia Mykhailiuk offered to plant flowers and herbs which would resemble silhouettes of huge butterflies. Unexpectedly, we discovered that lavender grew well on slagheaps. For practical implementation the authors of this idea turned to a Polish artist Jarosław Koziara known for large-scale landart objects. He proposed another idea: to create a constellation of a butterfly. The columns of different height with mirror tips at a certain angle on a hill could reflect light and form a new constellation. A landscape designer from Alchevsk Oleh Bozhko and ArtPole volunteers embodied the idea. Lavender was planted around the columns. But… the object was destroyed on the first night. Then Oleh was called for a conversation by pro-Russian separatists thinking that the object was made not for artistic but military purposes. Instead, lavender could germinate. As yet, nothing is known about this, as Mścichowski’s estate is located in the uncontrolled by Government territory of Ukraine, and the place where the object was located is considered to be mined. Apparently landart is the only kind of art which is impossible to be created without land, without unique landscape, its structure, texture, features. Luhansk Oblast has a lot of sun and sky. And many birds too, accordingly. There are some herbs like in the Carpathians or in central Ukraine, but in the east they are smaller, drier and more fragrant. Sometimes there is not enough humidity and shade, too much wind and open space. Everything happened too quickly, too sharp, too tough, but at the same very sentimental too.