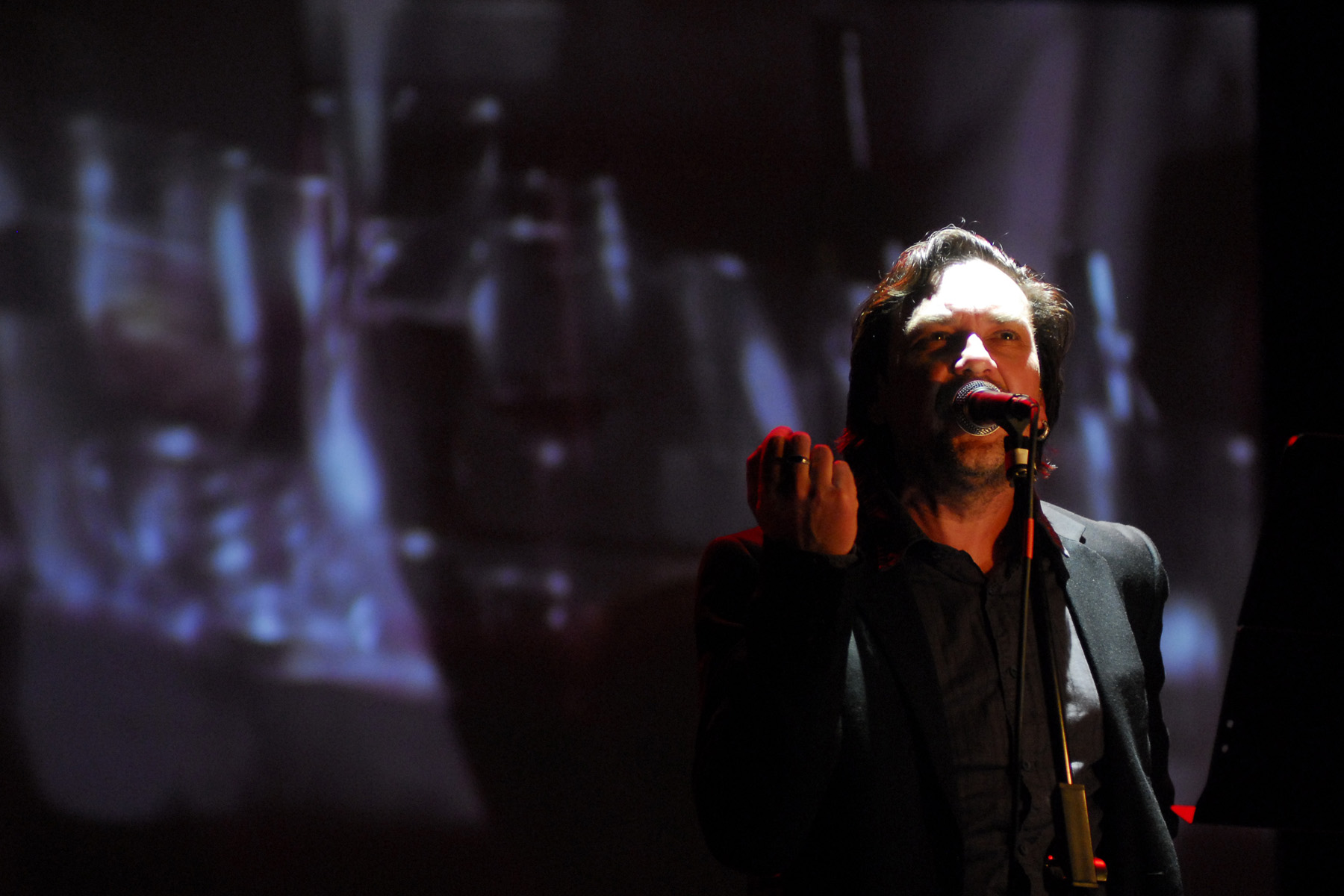 A debut record created jointly by Yurii Andrukhovych and the musicians of the Polish band Karbido consisted of nine tracks, eight of which were Andrukhovych’s texts, and the ninth — the Ukrainian folk song “Green Hazel”.

“Samohon”, the first part of the future trilogy, was presented in 2005 in Poland and 2008 in Ukraine. The process was joined by The ArtPole agency who proposed to add a visual component.

“Cynamon”, the next part, is 12 audiovisual pictures based on the texts from the Andrukhovych’s poetry collection “Exotic Birds and Plants” and its addition “India”. Karbido combined noise, minimal, and ambient with chimeric ballads, tangos and waltzes, and added echoes of old barrel organs, carousels, and gramophones, which were then immersed into guitar rattles and trance beats. Author’s videos were created for each track. In April 2010, “Cynamon” swept through Ukrainian cities in a transcendental wave: Ivano-Frankivsk, Lviv, Vinnytsia, Odesa, Dnipropetrovsk, Kyiv, and in May — through ten Polish cities.

The fluttering of the pigeon wings or a brass band in the park — everything was recorded live in different distant cities on the planet. As an alternative, a video captured within the limits of one desk, that was deliberate limiting of the space, the creation of one’s own artificial worlds and the search for the associative equivalents just around oneself. And again, all the footage was captured originally, not borrowed. Such was the external and the internal. When I imagined all that, I felt a little creepy. It seemed that we were creating some new direction or variety of performing arts right in front of the audience.

The premier of “Absinthe” was held at the Kyiv Conservatory in December 2011, having become a resonant event for the whole country. Experimental and traditional music, ironic and deeply lyric texts, and multi-genre video, making up postmodern multilingualism and polysemy embodied in the form of a media show. The composition “Without You 2”, for which Olia Mykhailiuk created a video, was selected for the program of The ZEBRA Poetry Film Festival in Berlin. The story of one solitude is told simultaneously in Ukrainian, German, English, and Polish.

At different stages, the project was supported by Raiffeisen Bank Aval, Polish Institute in Kyiv, Adam Mickiewicz Institute, Poroshenko Charity Foundation, and others.